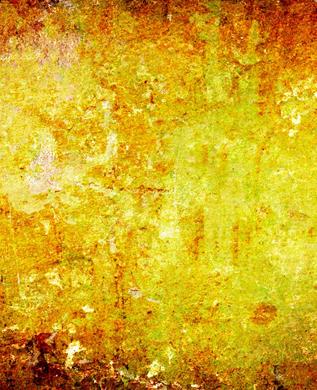 World climate goals aim to hold the mean temperature increase to under 2 degrees Celsius, by curbing emissions of greenhouse gases that trap heat — a phenomenon already felt to have boosted average temperatures nearly 1 degree from levels present before the start of the industrial age, Kim said in a briefing last week. That goal is unlikely to be met, he said, with an increase of 3 or 3.5 degrees Celsius now considered probable.

The report noted that a drop in average temperature of around 4.5 degrees Celsius (8.1 degrees Fahrenheit) triggered the last ice age, and it predicted that a temperature increase of that magnitude would similarly reshape the planet. In looking at the effects of a 4 degree increase, Kim said the bank was hoping to spark countries to act more aggressively to achieve climate goals and to prompt poorer nations to begin planning ways to offset the long list of potential impacts.

Those could include sea levels as much as 3 feet higher than currently expected — a potentially devastating problem for large coastal cities in Asia and Africa. Warming on such a scale could also limit access to fresh water for irrigation and cause heat, drought and disease problems that could make it more difficult to meet world food demands and improve health.

“The kind of sea level rise we are talking about is going to make the process of urban planning and services to the poor absolutely fundamental,” said Rachel Kyte, the World Bank’s vice president

Kyte said the bank has begun more intense and frequent talks with poorer nations over how to prepare for climate change — usually at the instigation of officials who have seen the effects of more intense weather and climate patterns and now feel they need to plan for the worst. Countries such as Nigeria, Vietnam and Thailand “are coming and saying help us think through the options,” said Kyte. “This is an absolute change in the conversation we are having with our clients.” The bank’s report, “Turn Down the Heat,” cast some doubt on how much can be done to avoid the worst outcomes. Predicting the course of the world’s climate is difficult science, and it is impossible to forecast how technology, demographics and politics will shape what the world looks like in 90 years —

regardless of the temperature.

But the bank report concluded that a 4 degree jump in average temperatures would push some countries or regions to the brink of collapse, regardless of how hard they try to adapt. “A 4°C world is likely to be one in which communities, cities and countries would experience severe disruptions, damage, and dislocation,” the bank report said. “There is no certainty that adaptation to a 4°C world is possible.”

Over the years at the U.N. climate talks, the goal has usually been to keep global warming below 2°C. But those talks have faltered, emissions have kept rising, and that 2°C goal is now looking

increasingly out of reach. Lately, the conversation has shifted toward how to deal with 3°C of warming. Or 4°C. Or potentially more.

Drought in Yunnan Province, China. And that topic has made a lot of people awfully nervous. Case in point: The World Bank just commissioned a scientific analysis (pdf) from the Potsdam Institute looking at the consequences of a 4°C rise in global temperatures above pre- industrial levels by 2100. And officials came away from the exercise sounding fairly appalled. “The latest predictions on climate change should shock us into action,” wrote World Bank President Jim Yong Kim after the report was released Monday.  So what exactly has got the World Bank so worried? Partly it’s the fact that a 4°C could prove extremely difficult—perhaps impossible—for poorer countries to adapt to. Let’s take a closer look at the report:

1) The world is likely on pace for 3°C to 4°C of global warming by the end of the century. In recent years, various nations have been pledging to cut their carbon emissions. The United States and Europe are even on pace to meet their targets. But those modest efforts can only do so much, especially as emissions in China and India keep swelling. Even if all the current pledges get carried out, the World Bank notes, ”the world [is] on a trajectory for a global mean warming of well over 3°C.” And if the world can’t meet its current pledges, climate models suggest that the odds of 4°C of warming grow.

2) The direct consequences of a 4°C rise in global temperatures could be stark.  The planet could become uninhabitable by human life. Four degrees may not sound like much. But, the report points out, the world was only about 4°C to 7°C cooler, on average, during the last ice age, when large parts of Europe and the United States was covered in thick glaciers. Warming the planet up in the other direction would also bring drastic changes, including three feet or more of sea-level rise by 2100, more frequent droughts, and regional extinction of

3) Climate change would likely hit poorer, developing countries the hardest. The World Bank focuses on poverty reduction, so its climate report spends a lot of time on how developing countries could struggle most in a warmer world. For instance, a growing number of studies suggest that the world’s agricultural production would take a big hit under 3°C or 4°C of warming. Countries like Bangladesh, Egypt, Vietnam, and parts of Africa would see large tracts of farmland made unusable by

the rising oceans. All that would raise food prices. “It seems clear,” the report concludes, “that climate change in a 4°C world could seriously undermine poverty alleviation in many regions.”

4) The effects of 4°C warming haven’t been fully assessed — they could be far more drastic than and render the planet uninhabitable. Perhaps the most notable bit of the World Bank report is its discussion of the limits of current climate modeling. Many models, it notes, make their forecasts in a fairly linear fashion, expecting the impacts of 4°C of warming to be roughly twice as severe as those from 2°C of warming. But this might not be the case. Different effects could combine together in unexpected ways: For example, nonlinear temperature effects on crops are likely to be extremely relevant as the world warms to 2°C and above. However, most of our current crop models do not yet fully account for this effect, or for the potential increased ranges of variability (for example, extreme temperatures, new invading pests and diseases, abrupt shifts in critical climate factors that have large impacts on yields and/or quality of grains). What’s more, the report notes that there are massive gaps in our understanding of what 4°C of warming might bring: “For instance, there has not been a study published in the scientific literature on the full ecological, human, and economic

consequences of a collapse of coral reef ecosystems.”

5) Some countries might not be able to adapt to a 4°C world. At the moment, the World Bank helps many poorer nations countries build the necessary infrastructure to adapt to a warmer world. That includes dams and seawalls, crop research, freshwater management, and so forth. But, as a recent internal review found, most of these World Bank efforts are focused on small increases in temperature.  This new World Bank report is less sure how to prepare for a 4°C world. “[G]iven that uncertainty remains about the full nature and scale of impacts, there is also no certainty that adaptation to a 4°C world is possible.” That’s why, the report concludes, “The projected 4°C warming simply must not be allowed to occur — the heat must be turned down. Only early, cooperative, international actions can make that happen.”

Related: For a look at ideas on how to avoid a 4°C world, the International Energy Agency recently offered its own set of ideas for curbing greenhouse-gas emissions. It includes everything from boosting renewable energy to redesigning the world’s transportation system. But so far, nations have only made small progress on most of these steps.

Bill McKibben says divest in fossil fuels. Colleges and universities and faculty pension plans have the greatest moral obligation to so do now for the future of students who are being educated for life on a planet that could easily become uninhabitable, rendering their education useless. See www.350org/

Also see OUR CHOICE by Al Gore, New Book 2012. Should be required text for courses in every institution of higher learning on the planet.  See www.climaterealityproject.org/

Go to The Union of Concerned Scientists, made up of profs. from major universities; UCS: Independent Science, Practical Solutions  www.ucsusa.org/

Why the World Bank is Terrified and Warning All: "Turn Down the Heat"

The World Bank is urging stepped-up efforts to meet world carbon reduction goals after looking at what it says would be the catastrophic consequences if average world temperatures rise more than 4 degrees Celsius (7.2 degrees Fahrenheit) by the end of the century. In what World Bank President Jim Yong Kim acknowledged was a “doomsday scenario,” a new bank study cited the 4 degree increase as a threshold that would likely trigger widespread crop failures and malnutrition and dislocate large numbers of people from land inundated by rising seas.