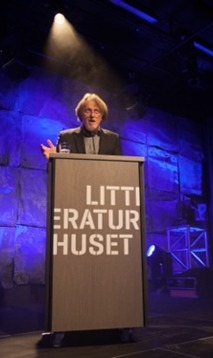 Added by the Editor of Eco-Poetry, Daniela Gioseffi: Endnote 4. In the USA the "Divest from Fossil Fuels; Go Fossil Free" <www.gofossilfree.org/>  Is  a growing global campaign to require college and university endowments to divest from any filthy fossil fuel stocks they may own in their investments portfolio. 100 Harvard professors marched with students April, 2014, demanding divestment of the largest university endowment in the world from fossil fuels. Also, New York University students held a mass rally, May 12, 2014, demanding their university divest from fossil fuels. Several municipalities, i.e. San Francisco, Providence, New Haven, Cambridge, Seattle, USA etc. have pledged to divest their public pension funds from fossil fuels withint 5 years. Stanford University  students in California have succeeded (May 7, 2014) in having their university endowment divest from coal stocks, and coal is the filthiest carbon emitter of all forms of energy along with the tar sands of Canada. Huge demonstrations against the Keystone XL pipelline that will carry dirty, cancer causing tar sands crude oil from Alberta, Canada through the US heartland, possibly  leaking poisons into ground waters of farmlands, to the Gulf of Mexico, have been held in Wash, D.C.. The Go Fossil Free<www.gofossilfree.org> movement to divest from fossil fuels is growing. Germany will be fossil free within five years and Kenya will also be all green soon. Students and young people with the help of older people are rising up worldwide to save their future. "What is the good of a university education without a habitable planet?" is the question they are posing to administrators. Even Pope Francis and Archbishop Desmond Tutu are tauting "DIVEST FROM FOSSIL FUEL" signs and offering sermons and essays on the subject as a moral imperative. There is hope. We must all join the battle, as Freddy Fjelheim inspires us to do. And , if our eco-activist tactics don't work, all hell might well break loose!LINK HERE TO Sign the Petitions at Go Fossil Free NORWAY: http://campaigns.gofossilfree.org/petitions/countries/NO