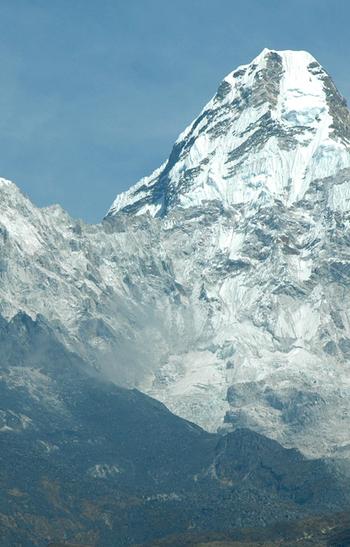 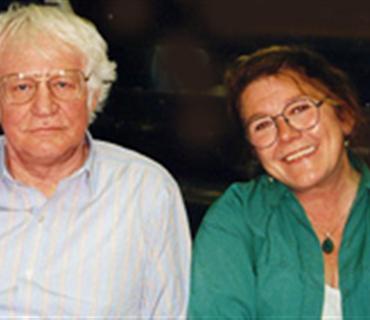 Call and Answer by Robert Bly

Tell me why it is we don’t lift our voices these days
And cry over what is happening. Have you noticed
The plans are made for Iraq and the ice cap is melting?

I say to myself: “Go on, cry. What’s the sense
Of being an adult and having no voice? Cry out!
See who will answer! This is Call and Answer!”

We will have to call especially loud to reach
Our angels, who are hard of hearing; they are hiding
In the jugs of silence filled during our wars.

Have we agreed to so many wars that we can’t
Escape from silence? If we don’t lift our voices, we allow
Others (who are ourselves) to rob the house.

Some masters say our life lasts only seven days.
Where are we in the week? Is it Thursday yet?
Hurry, cry now! Soon Sunday night will come.

"Call and Answer" copyright © 2002, 2007 and 2012 by Robert Bly. Reprinted by permission of the author from MY SENTENCE WAS A THOUSAND YEARS OF JOY (2007). Biographical Commentary on Robert Bly copyright (C) 1990 and 2012 by Daniela Gioseffi. All rights reserved by the authors and their publishers.    Photo of Robert Bly and Daniela Gioseffi at The Great Mother, New Father Conference, (C) 1994
by Ivana Spalatin.

A TRIBUTE to ROBERT BLY by Daniela Gioseffi, with a eco-poem by  Robert Bly:
Call and Answer
Robert Bly is a poet who has never shied away from contro­versy. His lively theories have had a marked influence on American poetry. His familiarity with the poetry of many nations, his spirited attempts to divorce contemporary American poetry from Academism, his willingness to perform, sing, dance, play music, wear the mask of drama, and decry what is evil in American culture—all of these traits have made him a popular figure who has burst open the narrower confines of the poetry world. “A poem,” Robert Bly has said “grows on a man, like an ear or a hand,” but Bly’s identity goes beyond his poetry. His magazine, originally The Fifties, and then The Sixties and The Seventies nurtured, with James Wright’s inspiration, “a deep image” school of American poetry, influenced by Lorca and Neruda. (Bly more recently edited Selected Poems of James Wright.) Bly went on to renown for varied activities, not the least of which are his annual spring cultural festivals, The Conference on the Great Mother and New Father held at various campsites around the nation and attended by loyal followers who enjoy delving into Jungian concepts, the wisdom of folk and fairy tales, ritual dances, poetry seminars, and craft workshops in multicultural music, drumming, dancing, and writing.

To these festivals Bly has invited many authors to be mentors: Ethridge Knight, Gioia Timpanelli, Grace Paley, Ruth Stone, Galway Kinnell, and Joseph Campbell are just a sampling of the scholars or poets, including yours truly, with whom Bly has generously shared his platform— for despite rumors of his enormous ego, he is a generous spirit, nurturing of others.

Many younger people may not be familiar with Robert Bly’s devotion to the anti-Vietnam war cause— when in 1968 he gave his National Book Award proceeds to the draft resistance movement—because today, Robert Bly is best known for his controversial book Iron John: A Book for Men. That book sold millions of copies, earned the poet the greatest part of his fortunes and controversies, and fostered a men’s movement— rallying some feminists to retaliate with attacks on Bly as a macho cult figure. This was a misinterpretation of Bly's intent, which is really to help men toward a deeper emotional life of sensitivity and masculine strength. It was Bly's attempt to make men better, more emotionally responsive fathers, husbands and lovers of the natural world.

Like Carl Jung, Robert Bly is something of a cult figure, but in his heart of hearts, he is a poet first, and a gentle one. A man of candor and humor, Minnesota style, a tall, robust, fatherly figure, he is one of the more masculine poets of his generation, like Galway Kinnel, to achieve fame. Though he may seem like a large ego to some, those who come in closer contact with him learn that he freely admits his own folly and pokes ironic fun at himself. He claims with a wry smile that the boorish sculpture of a Behemoth with threatening tusks, a detail by William Blake, chosen for the front of one of his books, is a likeness of his own insatiable soul.

Meditations on the Insatiable Soul by Harper Perennial, a Division of Harper Collins (1994), was Bly’s first collection of all new work in nine years and his twentieth volume of poetry. His recent collection is Talking Into the Ear of the Donkey, 2011, and he had not lost his touch.

Robert Bly leapt upon the poetry scene with Silence in the Snowy Fields (1962), The Light Around the Body (1967), andSleepers Joining Hands (1973). These early collections won him a large appreciative following— though his lively performances and controversial banter between poems read or recited to large audiences are greatly responsible for his reputation.

Like Allen Ginsberg, Bly, perhaps more than any other poet of his generation, has made the world of poetry vibrate beyond the academy. Regardless of whether one entirely agrees with the many theories Bly espouses with his lively quizzicality, one is always cheered on by his insatiable soul’s willingness to expound its vitality. This is not a man of deadly, droning, effete poetry, but a lively persona who has lifted himself off the page and invaded the literary climate like a wild breeze bringing questions and stirring hearts and minds to wonder. His explorations have taken him far and wide so that aside from his many volumes of verse, three volumes of prose poems, and the literary magazine he edited from his Minnesota farmland, he has compiled eight anthologies of others’ poetry, published fifteen volumes of translations—or what he calls, “versions”—of foreign poets, among them Georg Trakl, Kabir, Rumi, Rilke, and Francis Ponge.

Bly has also written six prose books-- having to do with what he theorizes to be our age of a sibling society in which the wisdom of elders is much ignored by the young. The book, parts of which I heard in rough draft at the Conference on the Great Mother and the New Father, in Maine in June, 1994, was controversial, vital, and thought provoking as Robert Bly usually is. He has also published a collection of interviews and conversations, titled Talking All Morning bringing the total volumes of his work to more than forty-five books on varied topics and themes. The volume of poetr, What Have I Ever Lost by Dying, shows him to be equally at home in prose poem form as verse. He has been a Fulbright grantee, an Amy Lowell fellow, a Guggenheim fellow, Rockefeller Foundation Fellow, and he is a member of the American Academy of Arts & Letters.

Robert Bly is, in every way, a risk taker. He looks into the toothy mouth of his own soul and wonders and searches moving many to look inward to discover their devils and angels rising from the ashes. Regardless of the controversy he has stirred among feminists, he charges the men of his generation and younger to be responsible fathers, to embrace the natural world, to be unafraid of sharing emotions and affection with their sons and daughters, to be better communicators with women, and actually that is whatIron John is about, making better stronger men for better stronger women.

Robert Bly is really about exploring communion between the sexes and even more about questioning of the vast mystery that confronts us all. Essentially, Robert Bly is a poet concerned with a moral search for a truth that will make a better, more humane society. I invite you to drink more fully of his work, after this small, but profound taste.