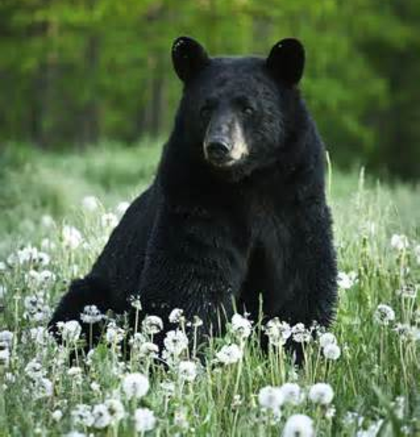 ,An Old Black Bear
In Memory of Ray Fadden

He wanders the mountain side
unaware that I too climb high
through shadows of Dark pine.
He doesn’t know fear as he
seems not disturbed my being there.
He does not need to fight
as my scent suggests no danger
he moves through streaks of sun
He wanders seeing grub, berries
…is not concerned if they
are black or blue or raspberry red.
It is mid-summer, he knows
they hang between thorns
which cling to his fur. Hunger
moves him through oak to ash,
and he pushes off brambles.

This old bear, spirit of wilderness
once holding eternal sounds,
needs to paw away tin cans, old
tired and a boy’s forgotten coat…
spoils of time, will of man…
to pick his berries dangling from
canes. His growl is heard
across hours deep into night.

He stands tall this young Osage lad with
potential to be a great warrior for his people;
he stands in full regalia: head gear, breast plate
of bone, shield with hanging feathers,
with more feathers blowing in afternoon
winds… all painted in brilliant colors: maroon,
of grass, blues of morning; his
moccasins the shades of sunset and eve.
Handsome in anyone’s world, but just
a lad, a boy of some years to seventeen…
Why would General Pratt, master
of the boy’s school care concerning
his age, let alone the year he painted
this portrait at so young an age.
But who cares: the army, the government,
his teachers at the Army School? But
possibly by a now famed poet—
Marianne Moore.

Now it might be wondered where rests
his bones, this child named in English
Mckay Rougan… the signature
written in red crayon on his canvas,
a lad who may have developed into
a Vincent Van Gogh or Winslow Homer
…had the General cared that he would lear
more than how to change wagon wheels,
or polish horse saddles, or sweat
in weeded garden for Eastern tables.

Was McKay’s gift spooned encouragement
to pick up the brush and canvas
of hide or rock, to scan the western sky.
Still rumbles the Boarding School’s
whispers that no he was not. If they
refused to record his age what can time
and history think.

His plan was to be a warrior for his people.
Yet he was just a kid who might be hunting
squirrels for his mother’s soup kettle,
or playing rolling stone with other lads.
No, a talent withering on the vine, eaglet
shorn of wings. Indians shouldn’t sing,
or dance, or draw designs of the sky,
waters below, mountain peaks of winter
dressed in purple snow, paint Earth
in autumnal shades, a pretty face
of a blushing girl or a husky stag downed
by his arrow. Of no import to the Army.
No reason why this lad with this silly name
when probably he should have been
called “Boy with Colors,” or “Lad
Standing With Lance,” or just plain
“Youth With Vision,” The rich talent,
vibrant imagination, sense of time
stymied at the open door…who cares,
who cared, Gen. Richard Pratt whose sight
was to change these savage children
to Christian angels who would learn
how to change a wagon wheel instead
of roaming free the plains of this great land?
McKay, but is it preferred to name
this lad Boy of Vision, perhaps was wise
sufficiently to know this was the way
to preserve not just his blood, his nation
of Osage, but the world he had know
and then disappearing before his view.

But who cares! Should it be asked?

Copyright (c) 2015 by Maurice Kenny. All rights reserved. Printed by permission of the author.

Three Poems by Maurice Kenny of the Mohawk Nation:Maurice Kenny was born in Watertown, NY, 1929. He was educated at Butler U., St. Lawrence U. and New York U., where he studied with the eminent American poet, Louise Bogan. In the 1950's he took up residence in NY City for several years. In the early to mid-60's he lived in Mexico and the Virgin Islands, moving to Chicago for one year. From Chicago he moved to Brooklyn where he lived until his recent return to the Adirondack country of upstate New York. He has been the co-editor of the literary review magazine Contact/II as well as the editor/publisher of Strawberry Press. He has also been poetry editor of Adirondac Magazine, Poet-in-Residence at North Country Community College, near his home in Saranac Lake, NY and Visiting Professor at the U. of Oklahoma at Norman, OK, the En'owkin Center at the U. of Victoria, in British Columbia and at Paul Smith's College. Maurice's work has been published in a 100 journals, including special issues on Native American writing such as Trends, the Scottish journal from Paisley College, the Calaloo special issue on Native American writing, and World Literature Today. Other journals include American Indian Quarterly, Blue Cloud Quarterly, Wicazo Sa Review, Saturday Review, and the New York Times. He’s been involved in radio, television and film productions, among them are Dug-Out in 1990 by New American Radio; Reno Hill, Little Big Horn written for John Rouillard, and NBC-TV in San Diego for the Custer Centennial; Handing the Baton, composed and voiced over by Maurice for an animated film by Judy Fogelman and the Museum of Modern Art, and Poems, Poets and the Song with Charles Osgood for CBS TV. Among the panels on which he’s served are the New York Foundation for the Arts, North Carolina Arts Council, and New York State Council on the Arts. He’s served on the Board of Directors of the Coordinating Council of Literary Magazines, the New York Foundation for the Arts and WSLU-FM. Maurice has coordinated the Iroquois Arts Festival at Saranac Lake, and Writer's Week at Tupper Lake. He has been Director of The Little Gallery and art director of the Blue Moon Café of Saranac Lake. He toured with poet Carolyn Forché for the Lila Wallace Reader's Digest Foundation Writer's 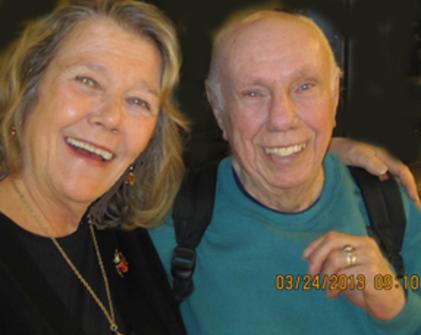