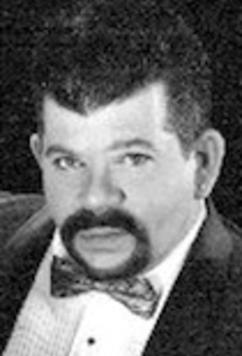 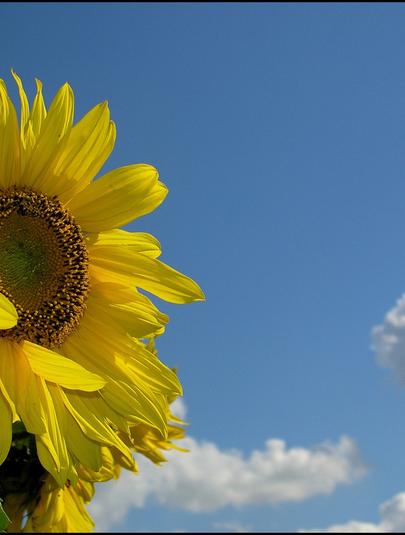 Galileo GIoseffi was born in Newark, NJ, in 1951. In 1952, he contracted polio, resulting in paralysis of both legs and a lifelong challenge of mobility. In 1994, he laid aside his braces and crutches to adopt the use of a manual wheelchair which has provided greater freedom and mobility. Writing in several forms since adolescence, he has created screenplays, television situation comedy treatments, political and social essays, a substantial volume of poetry from which work was reproduced in The Denver Press, as well as many completed short stories, a novella, a children's book and a novel-in-progress. He has published poems on www.ItalianAmericanWriters.com/. With such a body of work, it may be surprising to learn that Ian has never pursued a literary career. Ian Gioseffi is successful in the field of clay sculpture. He currently owns a small art studio/gallery in Albuquerque, NM, and continues to write poetry and stories. He is also a skillful painter, and according to his cousin, Daniela, he is a brave and productive man of many fine talents, as well as a fabulous cook and baker, too.

Scientists and inventors called it the Industrial Revolution,
but didn’t know it as the dawning of environmental
dissolution. How far, how long can the warning bell toll
unheard by the self-deafened, obtuse politicians who decide
Earth's fate despite the polls of people’s will. For decades
near-fatal facts and figures have been ignored. Predictions
and proofs were wasted in governmental debate, but still

whispered our fate on the wind and glanced it off peaks,

Fluctuated climes resulted in crimes of evaporated to

extinction and left many to wither, disappear and be called
nothing more than “dodo.” Partial notice came into play, a
thing invented called the EPA. Attempting to enforce its
​doctrines caused more noisy battle and entering of the fray
than actual saving of the day. Now, as the light of opportunity
​for salvation is slanted that warning peal is reverberated in
echo, after echo of our newly realized fright.

Panic! Insects shall invade northward invariably infecting
​too-warmed land with injected illness. Whoosh! Hurricanes
​have hurtled their harsh harangues across our heralded
​harbors. Burn! Bones of beasts begin to blanche on blistered
drought-created barrens. Kha-ching! Coffers of coins must
​cascade in cacophonous rage to cover the cost of our
​conceits. Splash! Sheared slabs of Arctic awe slide daily
into seawater echoed by the sorrows of sharks and seals.

The earless politicians look at each other with a

sheepishness so embarrassed that the rest of us feel
a sense of reprieve and ask with a foot stomp
what we can do.

Turn off the unnecessary light? Sing one less verse in the
​shower? Recycle plastic and glass?Just ride a bicycle to
​your doom? Believe that small steps can have great power?

Waiting, we bestow a Nobel upon the singular Mr. Gore,
who asked, rather begged, us to act before our blue orb
​descends to Hell. Have we at last begun to really hear that
​warning bell?

Jagged, craggy uprisings of granite and shale
towered at the edge of a fine golden meadow.
A secret came to be buried below glorious wildflowers
growing in sunlight, covering
stillborn imaginings that a boy child
would grow strong. Tears fell from a father's eyes.

The child, twisted like the branches of the Joshua tree,
clawed forever at the meadow's earth.
unable to walk freely. The tragedy of a crippling viral
infection was not shameful, but to be overcome.
Hidden, covered in dirt, by the father’s self-pity.
the boy struggled, raised himself to those rough peaks
and lived bravely in the stoniness of his painful fate,

while the father hid in caves of shame
and wore the child's malformed bones
as a loathsome cross and albatross of his own.
He cleared no ground for the boy's suffering,
but bemoaned the landscape of his own lost dreams.
A handicap was taken as death, and no
The grieving father, blinded by self-indulgent tea.
The father lies bound under the earth now
in his own marked meadow, unvisited,
and no tears have flowed from the son.

A bitter wind whips around rocky peaks.
Each effort to grow, to become, overwhelmed
by an avalanche of a father's harsh self-pity.
Yet, the child prevailed to manhood, without nurturing,
and planted his own fresh flowers, living with only pity
for the father’s hatefully indulgent self-pity.

Copyright ©2012 by Ian Gioseffi. All rights, including electronic, reserved by the author.