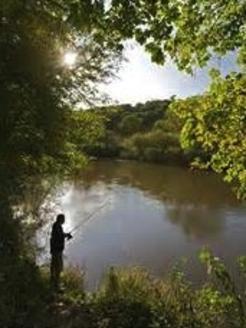 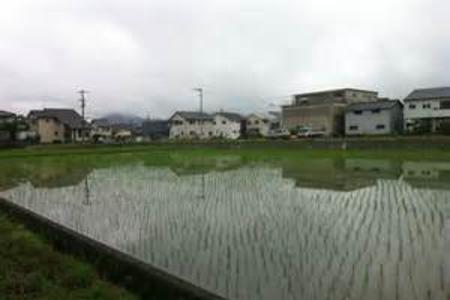 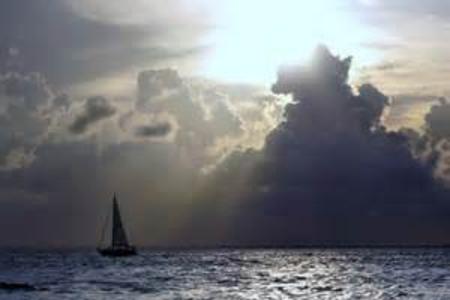 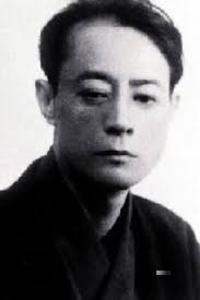 
Looking like a dimwit seabird
I’ll pass through the city district of the port where tiles and cobbles lie about.
Broken wagons forming a line
helter-skelter conical crowdedness is coming don’t you see.
Floats piled upon floats
how dirtily crowded with humans and beasts the streetlife is
I look and beyond the antiquated fingerboard of a large clock
winter’s lonely seascape is weeping don’t you see.
Letting the tears flow on a roadside stone
I’ll be walking like a Chinese my pigtail dangling on my back.
Where does the dark ray of light like this come from?
Or hanging a signboard for Artist under the eaves of a barber or a tailor
poor jut-out windows of vegetable dishes and wooden inns are tilting
why projecting such a poor photograph of “time”?
I no longer have even a place to go other than this
as soon as I can I’ll turn at the pier with a stone fence
and go back to the sailboat far in the offing
and untie the anchor of oblivion to go look for a port
where the records gradually fade away.

The Riverbank of Desolation


Near an old station, on the shore of a river with willows,
what is he trying to catch? Until in time the twilight
of life comes, for such a long time, with a fishing
pole without a hook . . . ? “No,” replied the Chinese.
“Watch how beautifully the fish run. Watch how quietly
the water flows. How is it that you don’t like this
quietude? The brilliant sensibility of this landscape? I’d
rather hope that I will not be able to catch anything all
day. Therefore, sit on the sunny riverbank of desolation,
and don’t disturb my environment in any way.”


While it rains
the view is white-blurred
buildings buildings sloppily wet
I see lonesome ruined countryside
there rotting their emotions
they were living like horses.

While it rained long
I was in the boring countryside
and saw a light-brownish ghostly shadow
drifting in boring nature.

That is, I saw poverty
in this sloppy rainy air
I saw something drenched wet solitary and very odious.

Hagiwara’s first book of poetry, Tsuki ni hoeru (Howling at the Moon), published in 1917, created a sensation. A U.S. academic critic, J. Thomas Rimer, has recently given this assessment of the poet: “Sakutarō Hagiwara is the ultimate modern Japanese poet. He first perfected the use of the colloquial language as a medium for modern poetic expression. Using that language, he reveals a sensibility that can be tough, neurotic, ironic, touching, and profound, sometimes all in the same poem. Always rhythmic and occasionally obscure, poem after poem can represent a scintillating verbal and spiritual adventure.” Hiroaki Sato is a prize-winning translator of Japanese poetry and literature. The three Hagiwara poems appear in his translation, Sakutarō Hagiwara: Cat Town (New York Review of Books, 2014).