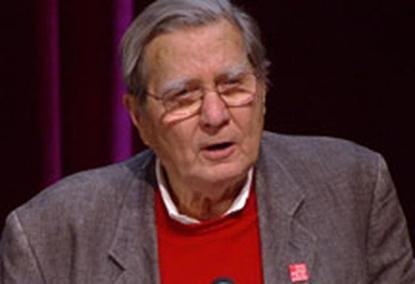 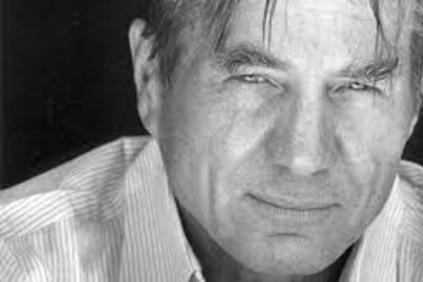 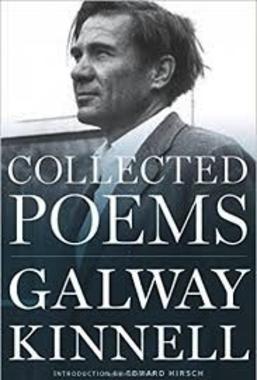 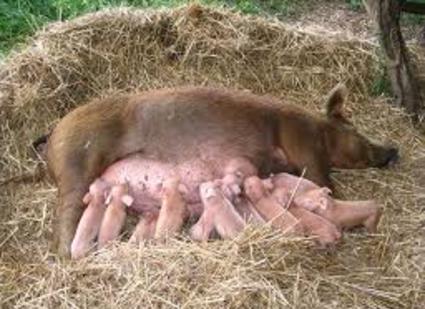 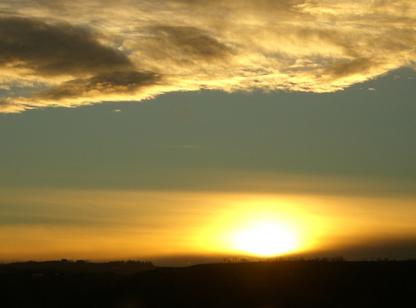 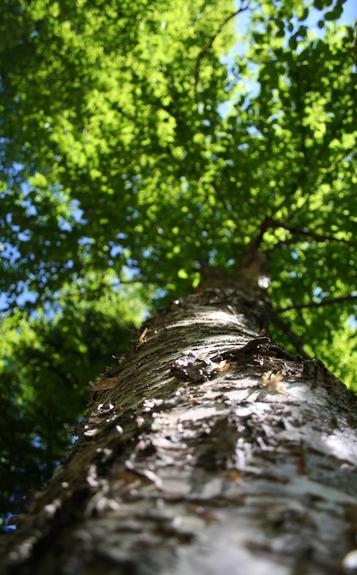 She sits naked on a rock
a few yards out in the water.
He stands on the shore,
also naked, picking blueberries.
She calls. He turns. she opens
her legs showing him her great beauty,
and smiles , a bow of lips
seeming to tie together
the ends of the earth.
Splashing her image
to pieces, he wades out
and stands before her, sunk
to the anklebones in leaf-mush
and bottom-slime—the intimacy
of the geographical. He puts
a berry in its shirt
of mist into her mouth
She swallows it. He puts in another.
She swallows it. Over the lake
two swallows whim, juke jink,
and when one snatches
an insect they both whirl up
and exult. He is swollen
not with ichor but with blood.
She takes him and talks him
more swollen. He kneels, opens
the dark, vertical smile
linking heaven with the underearth
and murmurs her smoothest flesh more smooth.
On top of the rock they join.
Somewhere a frog moans, a crow screams.
The hair of their bodies
startles up. They cry
in the tongue of the last gods,
who refused to go,
chose death, and shuddered
in joy and shattered in pieces,
bequeathing their cries
into the human breast. Now in the lake
two faces, floating, see up
a great maternal pine whose branches
open out in all directions
explaining everything. 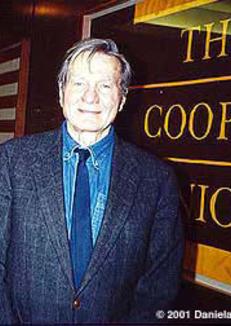 Galway Kinellwas one of America’s greatest poets of recent years. He has always been concerned with a celebration of the natural world as well as important environmental issues. Born in Providence, Rhode Island, he studied at Princeton University, graduating in 1948 alongside friend and fellow Poet W.S. Merwin. He received his M.A. from the University of Rochester, and then traveled extensively in Europe and the Middle East. He went to Paris on a Fulbright Fellowship, and then, during the 1960’s worked with the Congress of Racial Equality in the U.S. Civil Rights Movement, registering voters in Louisiana. In 1968, he signed the “Writers and Editors War Tax Protest” pledge, refusing to pay war taxes during the Vietnam War. In The Book of Nightmares he portrays themes that draw on his civil rights work and Viet Nam protest. Kinnell was Professor of Creative Writing at NYU and a Chancellor of the American Academy of Poets. He has won the Pulitzer Prize and the National Book Award, as well as many other honors for his poetry.  His books include: What a Kingdom It Was, 1960; Flower Herding on Mount Monadnock, 1964; Body Rags, 1968,The Book of Nightmares. 1973,The Avenue Bearing the Initial of Christ into the New World: Poems 1946-64 (1974); Walking Down the Stairs (a collection of interviews) (1978);Mortal Acts, Mortal Words. Houghton Mifflin. 1980; Selected Poems.Houghton Mifflin. 1982; When One Has Lived a Long Time Alone. Knopf. 1990. Three Books. 2002, Imperfect Thirst, 1996. A New Selected Poems. 2000; The Avenue Bearing the initial of Christ into the New World: poems, 1953-1964. Strong Is Your Hold. 2006.  He died Oct. 28, 2014 at  87 yrs.