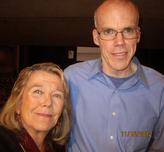 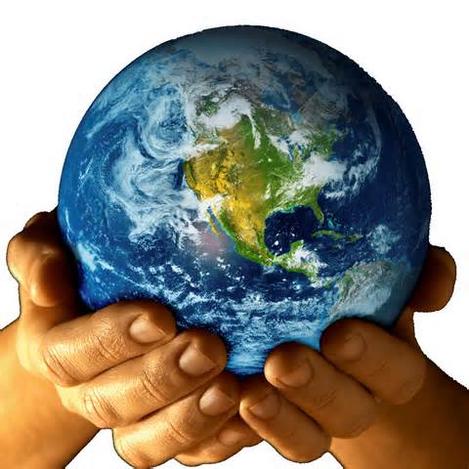 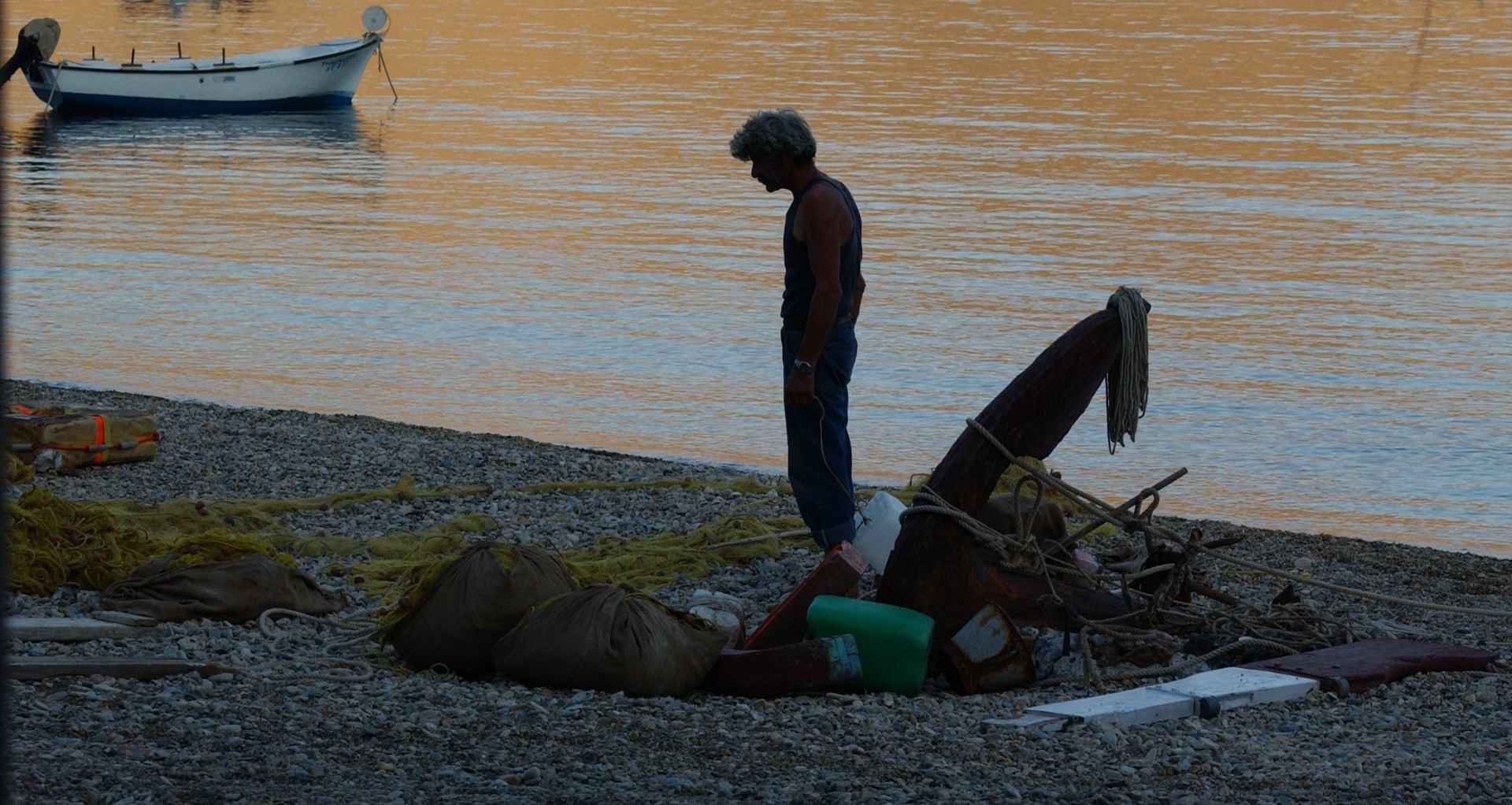 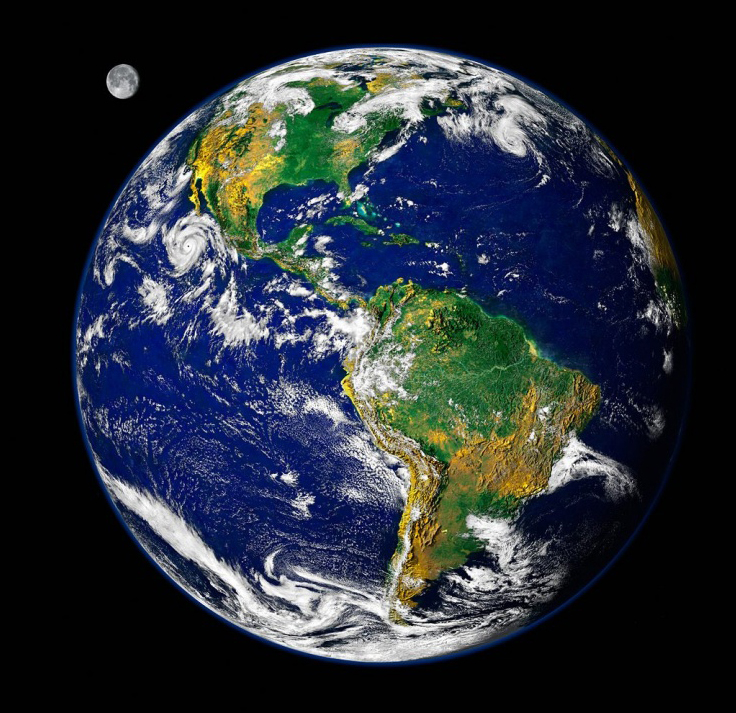 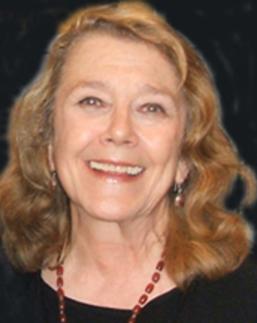 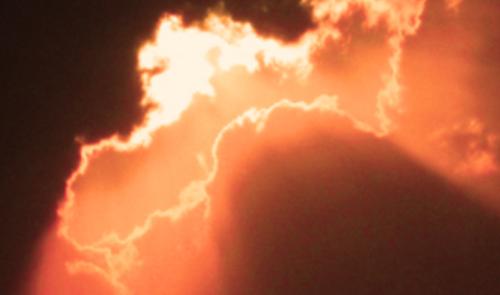 ​Earth’s largest living being is Mother Gaia.
We've seen Her in photos from outer space

one big blooming woman. We're all born out of Her

and brown and green forest and farmlands.

When we view her from space, life recognizes life.

"Some say the world will end in fire
Some say in ice…." Robert Frost

I watch my grandson’s small hands spin
his toy globe, and realize there may be
no eyes, no ears, no hands, no art, no song,
as our dusty planet, home to our dried tears
of love and laughter-- lost in endless space
with all our poetry—could spin
burning in silent thirst.

I watch my grandson’s small hands spin
his toy globe.
Some say the world will end in carbon summer,
Some say nuclear winter—
but from what I’ve seen of carbon fire,
nuclear ice is also great
and would suffice.

OILY WATERS (From Travels in Africa)

“The heart cracks with the lungs
when they go the way of death
and the mind knows the body’s done.”

Nadisha says: “My grandmother tells me our village
lived with the antelope on wild fruits
that grew along the clear stream.
We followed the rhinoceros to the river
when the streams ran dry, but always
in spring the river hurried big and clean again
before Chevron and Shell came
to steal poison from our land, kill our shrubs,
make our water stink with death.”

“My grandmother tells me before disease cursed
our flesh, we loved each other without fear or regret.
She says life was cool clean water at sunset,
after she’d gathered berries and our men, home
from the hunt, built fires and ate with us.
Only once did drought scare us with thirst,
but that was the fault of gods, not men.”

“My mother said: ‘Our soldiers carry American guns,
and say ‘AIDS comes from women who are witches,’
She works at the clinic now over run.
‘It’s more the other way around,’ she says.
I know, because a solder surprised me with his AIDS
when he caught me picking berries one day.
Now, I wait for my lungs to crack as I go
the way of death.” Nadisha looks down
into the stagnant stream with oily ooze
gathering like clots of blood.

How will it feel when Nadisha’s lungs crack
and her mind fractures with them—
as she spits blood into Chevron’s or Shell’s filthy ooze
and her heart thirsts with agony?

Will it feel like fire burning in her belly
or blame boiling in ours
as we speed along our freeways
in gas guzzling American cars?

What is the Role of the Poet Now That All Life on Earth Is Threatened?

Watch this poem read on a video from Author and Activist: The Daniela Gioseffi Story

Earth sings of life as she spins.
Think of all voices, music, sighs, screams
rising from her surface! Now, She’s moaning:
"How can I give food, drink, bread, flowers, fruit?
How can I give breath if you sizzle me, fry me,
choke me with fossilized poisons?"

What is the role of the poet now that Earth is suffocating—
glaciers melting, rivers drying, libraries drowning, books
drenched tidal waves, tornadoes, hurricanes
farmlands dried with droughts, and drenched in mud?

Who will need music, poetry, art
on a starving planet? What climate refugee
thirsty for water, will read?
Where is poetry without ears, eyes
cradled by earth? Who will care for books
when glaciers are gone, farmlands dust,
drinkable water scarcer than gold?

ONE EXPLODING PARAGRAPH
From Konch 2001- Edited by Ishmael Reed [Written by Daniela Gioseffi, after 9/11/2001.

Now after 9/11, the ultimate weakness of violence has shown itself clearly. Now comes the descending spiral, as it creates the thing it seeks to destroy. Returning violence for violence multiples violence. Hate can't murder hate: Only love can do that and there is no god anywhere in any religion but love. The USA's cruel and massively murderous foreign policy of utter imperialism has brought this horror down upon the heads of our innocent civilians who now must taste the dust and misery of war on their home front, and our dead firemen, police and rescue workers are the only heroes in all of this massacre. May the victims of Rockefeller's edifice complex--those mighty Capitalist Steel death-traps-- which I saw explode with my own eyes as ashes of thousands of people rained down on me in terror--rest in peace. May the victims of the high-jacked planes and the Oklahoma bombing, committed by blond blue-eyed Amereican military man, Timonty McVeigh, rest in peace, and the 2 million starved Iraqi children rest in peace together with the dead Palestinians and Israeli bled for the greed of oil. This litany could go on forever as hate begets hate and terrorism begets terrorism! How could the USA's multi-billion a year CIA operation have missed the WTC attacks coming? Was this another Pearl Harbor allowed to happen as a rallying cry for an endless "War on Terror" which is really nothing more than an excuse for military industrial profiteering and terrorism, and the grabbing of oil and natural gas reserves in the Caspian Sea area--Afghanistan being the poor country through which the pipeline is proposed to travel for profits of Western oil companies and USSR collaborators? And, the USA's 400 billion dollar a year military budget will do nothing to protect we the people from such furious terrorist attacks in future as our military policy only serves to make a legendary martyr of Osama bin Laden and his Taliban funded by the US military and trained by the US CIA--so good at making Frankensteins like Saddam also put in place by secret CIA activity. Naive people ask, "Why do they hate us?" But, it isn't exactly "us" they hate. It's US military imperialism which has destroyed civilians at a tremendous rate all around the globe ever since Mark Twain and William James said, "Stop murdering Filipinos!" Ever since Dr. E.B. DuBois, in 1917, traced the roots of Word War I imperialism back to the pillaging of Africa! Even thousands of the country's top physicists signing a pledge not to work on the so called "Missile Defense System" has not stopped the Bush administration from forging ahead with undermining the ABM treaty in order to dominate outer space with "Star Wars"--which also will not protect us from such terrorist attacks. Henry Kissenger's war crimes exposed throughout the world press, chapter and verse, and him high-tailing it out of Paris just in time to escape being arrested and tried at the Hague for his many war crimes has not sobered Cheney from serving as the puppet of oil and nuclear barons. Walking out of the conference on racism; saying "no" to the Kyoto Accord on global warming; following a policy which has dehumanized the cruel plight of the Palestinian people against all US and Israel Peace Protests; refusing reparations for the sexual slaves dominated by Japanese imperialism because of a fear of having to pay reparations to America's abused slaves; getting kicked off the the UN Human Rights Council-- all of these horrendous audacities committed in recent days by the Bush administration is why our beautiful homeland and our beloved diverse peoples are being assassinated by terrorists, as the poor get poorer and the rich get richer with big corporate tax-breaks. The world's wealthiest and most powerful nation is now bombing the poorest, and I hang my head in sorrow as an American-- as seven million Afghan civilians are bound to starve to death as G.W. Bush tells our children to break open their piggy-banks to feed them, and he drops a pretense of lolly-pops from the sky onto fields of exploding land-mines into a cold, cold winter. And now the anthrax spreads its germs of hate among our civilians and we wonder, does it come from the CIA to keep "The War on Terrorism" going, or from Saddam to whom it was given by the CIA? Or is it from another All-American Timothy McVeigh or a fellow like the Uni-Bomber trained at Harvard or Yale or MIT? Or is it some nut from The School of Assassins in Georgia, gone wild with Bush's "New World Order?" And there is no one to trust in the cold, cold winter ahead except Doctors without Borders and Oxfam and other non-aligned humanitarians who say; "Stop the bombing so we can truck our food into the starving multitudes of Afghanistan before seven million babies, widows, old people, starve to death"  --yet, another holocaust to be attributed to US military policy. Why do they hate "us'? Because "us" is "US!"

And now, the US in 2013, has still refused to sign the Kyoto Accord on the problem of Global Warming-- because fossil fuel barons like the racist Koch Brothers, and multinational corporations like Exxon, Chevron, Monsanto are still controlling our government, attempting to destroy our Environmental Protection Agency and lying about the disaster of Climate Crisis Catastrophe upon us—denying the affects of Global Warming to destroy the habitable planet with their insane greed. Who will read poetry and books when famines and droughts spread around the Earth due to the death of glaciers that feed great rivers and irrigate farmlands? Who will be reading or buying books when great port city libraries are flooded and electricity dies, and Global Warming creates multi-millions of climate refugees daily? And who will be alive to laugh with sad irony that there was enough clean, renewable solar geothermal and wind energy to power the entire globe!

Copyright © 2012, 2013 and 2014  by Daniela Gioseffi. All rights, including electronic, reserved by the author. Some of these poems originally appeared in Mobius: The Poetry Magazine, and in Women and Water: A Special Issueof The Feminist Journal of the U.K.  "One Exploding Paragraph was first published in Koch Magazine edited by Ishmael Reed 2001.Video-Poems from www.AuthorandActivist.comby prize winning filmmaker Anton Evangelists of Comprehensive Films.Inc. www.DanielaGioseffi.com for more info.

WATCH The Plan: A Video Poem by Daniela

DANIELA GIOSEFFI:  Mother Gaia; Carbon Summer or Nuclear Winter; Oily Waters;  ​What is The Role of the Poet....

Daniela Gioseffi, editor of Eco-Poetry.org, is an American Book Award winning author of 18 books of poetry and prose. Her latest are Waging Beauty, 2017; Blood Autumn: New & Selected Poems;  and The Story of Emily Dickinson's Master, 2013. Her first book of poems  Eggs in the Lake (BOA Editions, 1977.) Her latest is Waging Beauty as the Polar Bear Dreams of Ice (PWP Press, 2017) Her first novel was The Great American Belly Dance (Doubleday/Dell/NY & New English Library, London, 1977-79.) Women on War: International Writings, a women's studies classic, has been in print for 30 years, (Simon & Schuster: NY 1988; The Feminist Press: CUNY, 2003.) On Prejudice: A Global Perspective (Anchor/ Doubleday, 1993) won a World Peace Award from The Ploughshares Fund, CA. and was presented at the U.N. Daniela's published poems appear in numerous anthologies from Houghton Mifflin, Viking, Penguin, Oxford U. Press, & in many magazines e.g. The Paris Review, The Nation, Prairie Schooner, Chelsea, Choice, Antaeus, VIA. She won the John Ciardi Award for Lifetime Achievement in Poetry, 2007, the NY State OSIA Literary Award, 2008, & two grant awards in poetry from the NY State Council for the Arts. Her verse is etched in marble on a wall of PENN Station NY, with that of Walt Whitman. She's presented for NPR, the BBC, on campuses and at leading book fairs & been heard on "The Poet and the Poem" Library of Congress radio show of the N.E.A. She's a member of  Climate Reality Leadership Corps. inspired by Al Gore, www.350.org, inspired by Bill McKibben, and www.EmpowerNewJersey.comMore info at The Academy of American Poets, The Poetry Foundation of America, and Wikipedia. Her work's been translated into several languages. Author and Activist: The Daniela Gioseffi Story  Is a documentary screening on campuses   http://www.AuthorandActivist.com   Listen to Daniela's Eco-Poems on Youtube.