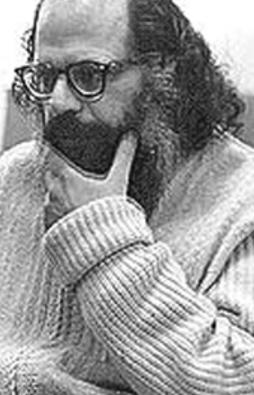 WHO RUNS AMERICA? by  Allen Ginsberg

level to level across the horizon

sticking up from housetop streets

spills onto Santa Barbara beaches from

Copyright © 1974 by Allen Ginsberg from Mind Breaths All rights reserved
by the Allen Ginsberg Estate. Used by permission of the estate and its executor.

Moloch who frightened me out of my natural ecstasy! Moloch whom I abandon!
Wake up in Moloch! Light streaming out of the sky!....

They broke their backs lifting Moloch to Heaven! Pavements, trees, radios, tons!
lifting the city to Heaven which exists and is everywhere about us!

Breakthroughs! over the river! flips and crucifixions! gone down the flood!...”

Money has reckoned the soul of America

Congress broken thru the precipice of Eternity

Franco has murdered Locra the fairy son of Whitman

and the Indians of Chiapas continue to gnaw their vitaminless tortillas

a borigines of Australia perhaps gibber in the eggless wilderness

to come to birth in Eternity

eggs should be eaten or given to their mothers

of her comedians over the radio

Detroit has built a million automobiles of rubber trees and phantoms

but I walk, I walk, and the Orient walks with me, and all Africa walks

And sooner or later North America will walk

from the Golden Door of future

we have not cherished pity on Tanganyika

Einstein alive was mocked for his heavenly politics

Bertrand Russell driven from New York for getting laid

a secret conspiracy by Catholic Church in the lavatories of Congress has denied
contraceptives to the unceasing masses of India.

the revolution of the sexy lamb

the only bloodless revolution that gives away corn

poor Genet will illuminate the harvesters of Ohio

Marijuana is a benevolent narcotic but J. Edgar Hoover prefers his deathly

but the poor sick junkies have nowhere to lay their heads

I am the defence Early Earning Radar System

I see nothing but bombs

I am not interested in preventing Asia from being Asia

I doubt if anyone will ever fall anymore except governments

fortunately all the governments will fall

the only ones which won't fall are the good ones

and the good ones don't yet exist

But they have no being existing they exist in my poems

they exist in the death of the Russian and American governments

they exist in the death of Hart Crane & Mayakovsky

Now is the time of prophecy without death as a consequence

the universe will ultimately disappear

Hollywood will rot on the windmills of Eternity

Hollywood whose movies stick in the throat of God

Yes Hollywood will get what it deserves

Seepage of nerve-gas over the radio

I have the moan of doves and the feather of ecstasy

Man cannot long endure the hunger of the cannibal abstract

the world will be destroyed

but I will die only for poetry, that will save the world

Monument to Socco & Vanzetti not yet financed to ennoble Boston

Natives of Kenya tormented by idiot con-men from England

cross fertilization of Blok and Artaud

Van Gogh's ear on the currency

no more propaganda for monsters

and poets should stay out of politics or become monsters

I have become monstrous with politics

the Russian poet undoubtedly monstrous in his secret notebook

Tibet should be left alone

These are obvious prophecies

America will be destroyed

Russian poets will struggle with Russia

Were they listening to my ravings in the locker rooms of Bricksford Employment
Offices?

research statistics in the Forum of Rome?

No they were fighting in their fiery offices , on the carpets of heartfailure, screaming and
bargaining with Destiny

back to the wall to build up their wives and apartments, lawns, suburbs, fairydoms,

Puerto Ricans crowded for massacre on 114th St. for the sake of an imitation

Elephants of mercy murdered for the sake of the Elizabethan birdcage

petroleum mongers in Texas -- jet plane streaks among the clouds --

sky writers liars in the face of Divinity-- fanged butchers of hats and shoes,

and their long editorials on the fence of the screaming negro attacked by ants crawled
out of the front page!

Machinery of a mass electrical dream! A war-creating whore of Babylon

bellowing over Capitols and Academies!

Money against Eternity! and eternity's strong mills grind out vast paper of
Illusion! 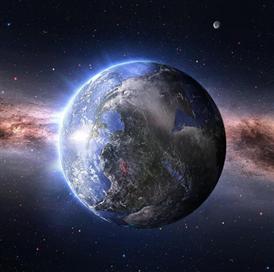 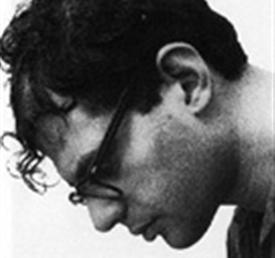 Poems by Allen Ginsberg: Who Runs America?
A Prophetic Quote from Howl and Death to Van Gogh's Ear

Renowned poet, Allen Ginsberg (1926-1997) like Walt Whitman, is known to millions throughout the world. Like Whitman, the basis of Ginsberg’s poetic output was a belief that  the poet is to raise his or her voice in defense of democracy. At the height of his fame, he was a leader amid the world of poets as a progressive force of conscience. He is most remembered for his early masterwork “Howl”, with its opening line (“I saw the best minds of my generation destroyed by madness”) and the driving litany of lines celebrating those minds. His other best known work is “Kaddish” an emotionally powerful biography of his mother, Naomi,  who spent most of her adult life in mental anguish. Other poems demonstrate expansive interests and varied styles: “Sunflower Sutra” is an ode to the individualism. “America” is a satire  on America's worst values. “Wichita Vortex Sutra” is an astute diatribe demanding an end to the Vietnam War. “Wales Visitation” is a celebration of nature's fine elements. The linked poems of "The Fall of America" won a National Book Award. “Father Death Blues” is a tribute to the poet's father, Louis Ginsberg, also a poet. “White Shroud” resolved Ginsberg's mixed feelings for his mother. The complete body of Ginsberg’s work is one of the most impressive in modern American literature. The poet worked tirelessly to promote humane sociopolitical causes. The obscenity trial over "Howl" was a catalyst that established the poet's lifelong obsession with First Amendment rights and political activism.  Allen Ginsberg died in 1997, but nearly all of his books remain in print. If he were alive today, one imagines he'd be fostering environmental causes regarding climate crisis catastrophe. His words are prophetic.